Already over 20 pieces of coverage for our Access Christmas campaign 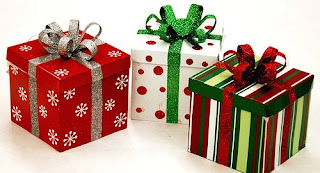 Only 61 days until Christmas! But already Golden Goose PR is racking up the coverage for our client, Access Self Storage, which launched its Christmas campaign this month.

We’ve been asking communities across the UK to get into the festive spirit a little early, by donating new and unused presents, games and toys to the Access Self Storage Christmas Collection in aid of the Children’s Society.

Access Self Storage has created special drop-off points in its stores, where gifts will be collected and delivered in time for Christmas to local Children’s Society shops.

GGPR will reveal the surprises behind the door as part of the official countdown to Christmas on the first of December.

The Children’s Society works with and supports some of the most vulnerable and disadvantaged children and young people in the UK, who really need help at Christmas. Gifts that are donated will raise funds for often overlooked young people such as runaways and carers, and provide support for families of young children who live in poverty.

In 2011, Access Self Storage collected 5,000 toys for charity and even received donations of signed boxes of ‘fashion Barbies’ from couture designer Julien MacDonald.

Access Self Storage spokesperson Kevin Pratt said: “For 2012 we’re aiming to beat our Christmas Collection record and can’t wait to invite local guests to unlock our doors in December. There’s a rumour we may even get a hand from Father Christmas.”